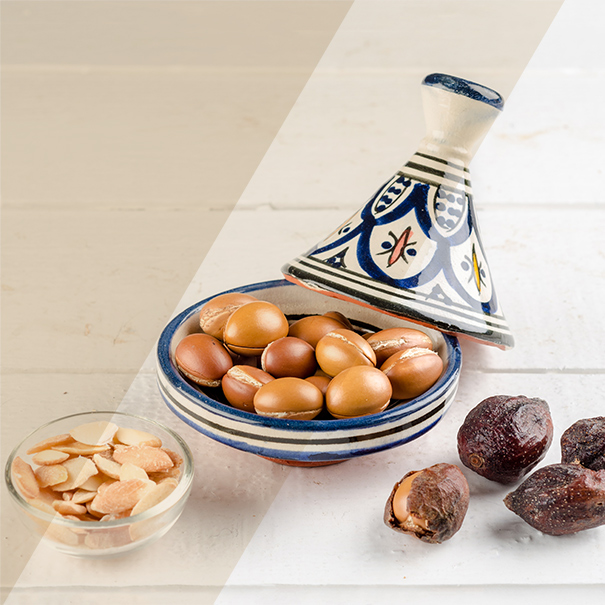 THE BENEFITS OF ARGAN OIL,
KNOWN SINCE ANCIENT TIMES

The real Argan Oil, also called “the gold of the desert“, is extracted from the pits of a plant that grows on the border of the Moroccan desert and has been used since ancient times by Berber women to protect themselves from the aggressions of external agents.

It is an oil rich in fatty acids, vitamins and anti-radicals, which allow it to exercise its cosmetic effects beneficial for the body.

Today, even the Hollywood stars are aware of its extremely protective, emollient, nourishing, elasticising and moisturising power.

In order for products containing Argan Oil to bring maximum benefits, White Castle pays special attention to the selection of the raw material.

What makes the authentic Argan Oil unique, in fact, is the long and complicated production process, which involves several pressing steps followed by a subsequent drying stage before becoming the main ingredient of the products. The paste so obtained is then mixed with water and subjected to other pressing steps, which cause drops of the precious extract to drop.

That is why cleansing and moisturising products containing organic Argan oil are a helping hand from nature to achieve beautiful, young and healthy skin. 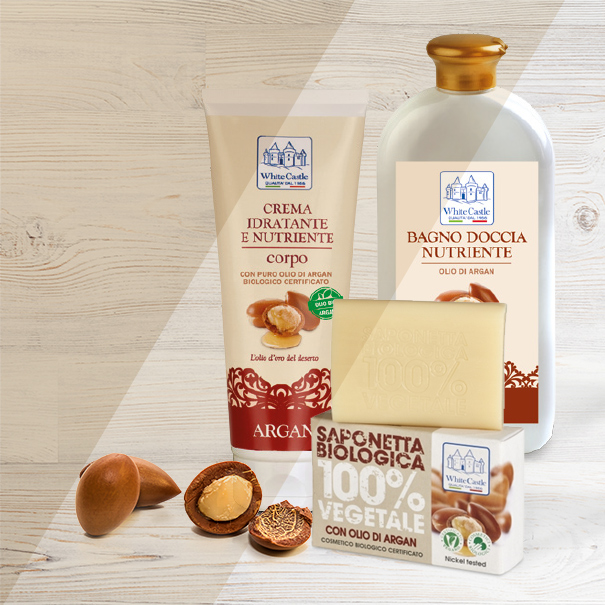 JOIN THE WHITE CASTLE CLUB: MANY OFFERS THOUGHT OUT JUST FOR YOU!

We use cookies, including third parties, to ensure a better experience on our site. By continuing to browse, you consent to the use of cookies. For more information, click here.